You can play Carbs!
One game we suggest, is Carbs.  Carbs is just like the card game Hearts, except in Carbs, carbohydrate cards are used instead of hearts.  We also replace the Queen of Spades with the Queen of nucleotides, and start the game by playing a dipeptide instead of the two of clubs.  Shoot the moon with Biochemi! 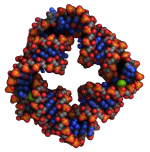