Share to:
Sandra Porter
Tuesday, May 5, 2009 - 06:32
Warfarin, a commonly used anti-clotting drug, sold under the brand name of Coumadin, has a been a poster child for the promise of pharmacogenomics and personalized medicine. The excitement has come from the idea that knowing a patient's genotype, in this case for the VKORC1 and CYP2C9 genes, would allow physicians to tailor the dose of the drug and get patients the correct dose more quickly. And it seems obvious that a test that would allow doctors to predict your ability to metabolize warfarin, would be a great thing, right? 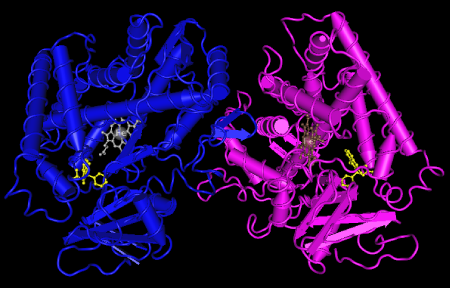 Determining the proper dose of warfarin is notoriously tricky. Even a slight change in dosage can mean the difference between too little, which would not be effective in preventing blood clots, and too much, which can cause dangerous internal bleeding. Tens of thousands of people end up in the hospital each year with complications from warfarin, which is also sold under the brand name Coumadin.

But just having a shiny new test doesn't mean that we're ready to benefit. Medicare has decided that the benefits of testing don't justify paying for the test. Again, from the NYT:

...Medicare said there was little evidence that use of the genetic test led to better outcomes for patients compared with the existing procedure, in which doctors estimate an initial dose based on a patient's age, weight and other factors. Then they test the blood's clotting propensity every few days and adjust the dose accordingly.

Why aren't we seeing a clear benefit from using the new tests? One issue is cost. The NYT article puts the cost between $50 to $500. This is kind of a wide difference in cost, but Coumadin is much cheaper. It could also be that the tests don't really save much in treatment costs, since those costs might come from monitoring the patient for blood clotting behavior. I can't imagine anyone saying, "yeah! we can skip that step," simply because they have genotype information. Another reason is the timing. The NYT reported that the test results are obtained too slowly to provide information for an initial dosing regime. Finally, even with cool web-based Warfarin dosing calculators, doctors may not know how to use the genotype information for calculating the right dose. The test may be beneficial in the long-run, but maybe not until the market catches up.
tags:
blood clotting
CYP2C9
pharmacogenomics
rat poison
VKORC1
warfarin
Categories:
Databases
Genomics
PharmGKB