Last spring, I gave my first hands-on workshop in working with Next Generation Sequencing data at the Eighth Annual UT-ORNL-KBRIN Bioinformatics Summit at Fall Creek Falls State Park in Tennessee. The proceedings from that conference are now on-line at BMC Bioinformatics and it's fun to look back and reflect on all that I learned at the conference and all that's happened since. 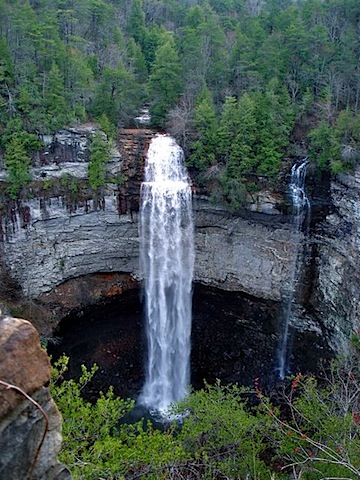 When the conference took place, Geospiza had only just released new versions of GeneSifter Analysis Edition that could do gene expression analysis with Next Gen data.

Who would have thought we could all do comparative analyses with Next Gen data in a workshop?

At that time, I had only started learning how to analyze Next Gen data. Since then, I've given a second hands-on workshop with Next Gen data for college instructors, used Next Gen and microarray data in in my college bioinformatics course, given two talks on Next Gen DNA sequencing (at Hi-Tec and bio-Itest), and wrote a chapter with two other scientists from Geospiza for Current Protocols in Bioinformatics on Analyzing Microarrays and Next Gen data.

It's been a busy year.

What I haven't done much of, unfortunately, is blog.

Expect to see a few posts on gene expression in the near future.

And, check out the proceedings from the conference, there's lots of good stuff.